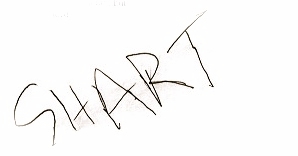 Who pulled the pin from JOEL’S inner-grenade? His wife? The one bitch-slapping him down the road to divorce?  Was it twisted honor student RUEBEN, the Head Sickie in a long line of coddled sociopaths it’s Joel’s job as City Juvie-Therapist to ‘hug’ back to normal? Who cares? It’s 15 year old DASHIELL and his buddy SEAN there on his doorstep, ding-dong-ditching, pressing on his last button when he blows.  Next thing he knows, Joel is beating up on Sean—not badly, but maybe enough for a lawsuit, definitely enough to lose his job.  The other next-thing-he-knows is that LISA, Dashiell’s helicopter-Mom, is first responder to the incident, and right there in his face with her ‘I-know-what-you-did-I-know-where-you-live-and-you're-going-down’ ‘tude.

Frantic paranoia leads Joel to up the ante with push-back defense: he enlists Rueben's help to scare Lisa straight—a bad call, but Joel's on a roll with those.  Rueben happens to be an honor student who always gives a little extra credit—not for nothin’ he’s got a 4.0—he kidnaps Lisa, blinds her temporarily in the process, oops, then drops her off at Joel’s like a cat with a dead bird.  Joel’s out of his depth, but he’s got to play it out now.  Joel ties Lisa up in his basement, and plans his next bad move. 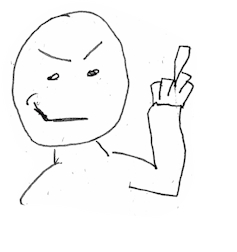 The boys soon get it that Lisa’s in serious danger.  Armed with only a learner’s permit, Dashiell has to find a way to get his mom out.  The climax finds all of them in a deserted Mini-Putt ‘n Golf course, on the outskirts of civilization.  By now there are no innocents: with enough car jackings, kidnappings and attempted murders to lock them all away, everyone’s entrenched in a metaphorical Mexican Standoff… Just another day on the playground when there’s no adult supervision. DING DONG DITCH is whip-fast, filled with suspense and outrageous characters that keep the twists and turns coming right to the very end.