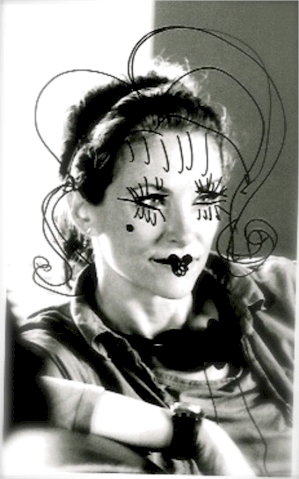 Best known as an actor, Leslie Hope now finds herself on the other side of the camera. She directed her first television movie for Lifetime – the charming A Very Merry Daughter of the Bride starring Luke Perry and Joanna Garcia – followed quickly by a second movie for Lifetime and TF-1, the highly-rated thriller, My Neighbor’s Secret. The Merry In Laws - an oddball Christmas comedy starring George Wendt and Shelley Long as Santa and Mrs. Claus - aired to win the night in ratings. Most recently she directed Christmas on the Bayou which garnered the highest ratings for a Lifetime holiday movie since 2011.

Leslie’s documentary What I See When I Close My Eyes follows street kids in Cambodia as they unflinchingly tell stories about their lives, their hopes and their dreams. The film won several awards and was the official selection of over 30 film festivals. What I See When I Close My Eyes was invited to screen as part of the 10th anniversary of “V-Day” (an event which celebrates women and children, and sponsors an end to violence against both) alongside event supporters like Oprah Winfrey, Ellen DeGeneres and Salma Hayek. Leslie was honored to have the Kent Film Festival name The Hope Award for Outstanding Work in Documentary Filmmaking after her and her work. What I See When I Close My Eyes has since been sold to Moviola, The Short Film Channel and screened at The American Visionary Arts Museum as part of their year-long exhibit: The Art of Storytelling.

Leslie wrote and directed the hilarious, award-winning short film, GAYKEITH, a viral internet hit, which was picked up for distribution by Tricon Films. She directed her first episode of television, The Murdoch Mysteries for Shaftesbury Films/City TV and she served as Executive Producer on The Bling Ring, with Jon Eskenas for Dick Clarke Productions. She executive produced and directed the award-winning short film Buried Treasure, and is attached to direct the psychological thriller Snow Man based on Carolyn Chute's novel. With development funds from SODEC and Telefilm Canada, Leslie will direct the feature Killing Henry James, to be produced by Suzanne Girard of FilmArto-BBR, and she is currently in development with X-Treme Medicine a documentary reality series she co-created.

Previous directing work includes development of new works for the stage, and a re-examination of the classics, for The Wilton Project – a theatre company she founded and ran for 10 years as Artistic Director with Charlie Stratton. Most recently she directed F-LYING: A Fellini Cabaret, a piece she co-created with Roberto Campanella of ProArte Danza and directed for SoulPepper Theater.

Leslie’s interest in travel has taken her all over the world. She has been to the Faroe Islands, China, Laos, Turkey, Peru, Iceland, Morocco, Thailand, the Hexi Corridor on the Tibetan Plateau, several times to Cambodia and she lived for a short time with the Hourani tribe in the Ecuadorean rainforest.