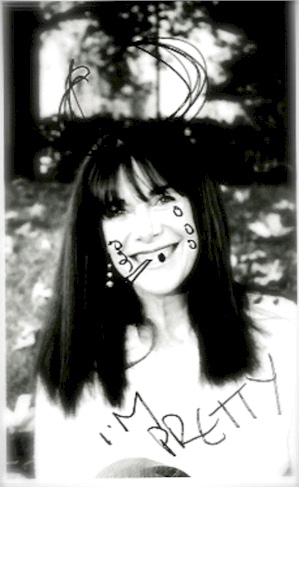 Erin has worked successfully as an actor in both the U.S. and the U.K where she trained at the Royal Academy of Dramatic Art. She appeared in many television, film and West End Shows before transitioning into writing with her one-person comedy Cabin Fever! The show received Critics Choice Awards, Best Solo Performance by L.A. Weekly, and was invited to perform at the HBO Workspace.

Erin has just concluded writing on season 7 of the CBS hit series The Mentalist.  Other current projects include a one-hour drama pilot titled Switch which recently sold to Warner Bros’ cable division, WB Horizon. As well, her spec pilot Lake Whisper has advanced to the final round of consideration for the Sundance Episodic Story Lab taking place in fall 2015. Additionally, Erin recently wrote/produced A Tale of Two Thieves, a documentary about the British Great Train Robber Gordon Goody which, after premiering at Mipdoc in Cannes in 2014, was distributed by Signature Films UK, and Balanga France, and has now sold worldwide.

Other recent projects include Erin’s short Mindfield which starred Leslie Hope and Grant Show, and won, among other awards, Best Short Script at the Madrid Int’l Film Festival and LAFF.  This led to her collaboration with Ms. Hope, who will be directing her dark-comedy thriller Ding Dong Ditch; this screenplay won several awards: The Page Award, for Comedy; CineStory finalist; Screenplay Festival winner, and a finalist for Slamdance.

Erin’s first screenplay Shakespeare Unplugged won awards at the Telluride Indie-fest, the Key West Indie Film Festival, and was later optioned by S & Q Productions. Erin was then commissioned to write The Spirit Bear, an animated feature for Melwood Pictures in association with DreamWorks. She was next hired to work in Shanghai as Head Writer on a live action children’s series called Zip-a-Gang, for Dream Tube Entertainment. This project led to another Head Writer position on an animated pilot titled My Favorite Towels for which Erin completed 10 scripts last year. Other recent credits include a romantic comedy Karmically Correct, which received the Genre Award at the Expo Creative Screenplay Competition and her latest screenplay. Erin is also now in the editing stages of a New Adult novel titled Exorcising Amanda with an aim for publication later this year; she is repped by Sean Barclay at The Gersh Agency.